The Summit hosts, Europa Nostra, the German Cultural Heritage Committee (DNK) and the Stiftung Preußischer Kulturbesitz (Prussian Cultural Heritage Foundation) welcome everyone interested to take part in the program with over 50 public and expert events, organized by various European and German cultural heritage institutions. Main events include the European Policy Session “Sharing Heritage – Sharing Values” and the European Heritage Awards Ceremony. The Summit will engage and mobilise a wide range of stakeholders, public and private, for an ambitious European Agenda and Action Plan for Cultural Heritage. For more information see: www.european-cultural-heritage-summit.eu

In a nutshell, what is the European Cultural Heritage Summit all about?
Prof. Dr. Dr. h. c. mult. Hermann Parzinger, President of the Prussian Cultural Heritage Foundation:
The European Year of Cultural Heritage’s main point of reference has always been Europe’s common cultural history. It is our strong belief that our heritage is of tremendous importance to European identity, allowing us to stand united at times of difficulty. As Europeans, we form a community with shared values and a common destiny throughout history. During the summit we will discuss this at various events focused on our cultural heritage.

What should be the summit’s outcome?
Sneška Quaedvlieg-Mihailovi?, Secretary-General of Europa Nostra:
We want the Summit to send a strong message: Our common cultural heritage is the basis for a unifying narrative for Europe, one which takes into account its diversity. The conservation of heritage and increasing awareness of its value should be at the top of the political agenda.
The Summit will provide an extensive and highly visible platform for interaction and exchange between diverse stakeholders in the field of cultural heritage. Civil society organisations, high-ranking politicians, experts from cultural institutions and, not least, members of the public will come to Berlin from all over Europe to debate a number of vital issues: How should cultural heritage be politically situated in the future? How does cultural heritage contribute to the Cohesion Policy today and how will it do so in the future? What resources are available at European, national, regional and local level to unlock the potential of cultural heritage to contribute to sustainable development, of benefit to citizens and society?

Why Berlin?
Dr. Uwe Koch, Head of the German Cultural Heritage Comittee:
It is no coincidence that the Summit takes place in Berlin. From the start, Germany has been very committed to a European Year of Cultural Heritage. As a civil society organization, Europa Nostra responded first and planned to host the European Heritage Award Ceremony 2018 in Berlin. The result is an impressive program in which our patron, the President of the Federal Republic of Germany, and many Ministers of Culture from European countries, EU representatives and heads of cultural heritage institutions from Europe also participate. In particular, of course, a broad and interested public is invited to take part in the summit. 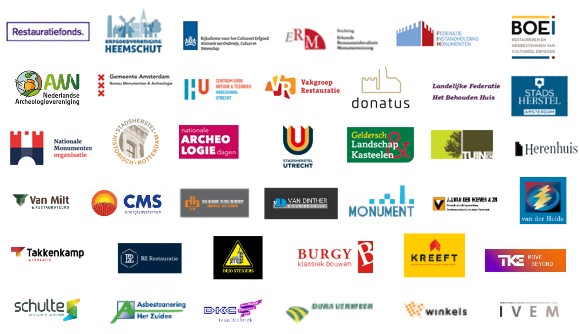